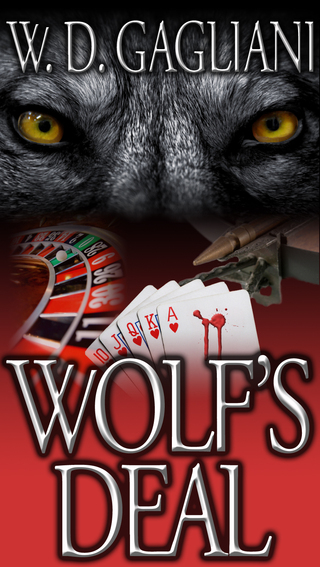 A Nick Lupo novella set between the events of the novels Wolf's Gambit and Wolf's Bluff. (Kindle and paperback)

"In Wolf's Bluff Gagliani once more proves that werewolves are scary as hell ... fast, vicious and thoroughly satisfying."

Wolf's Gambit is the sequel to the Bram Stoker Award-nominated novel Wolf's Trap. Published by 47North, an Amazon imprint.

Wolf's Cut (Nick Lupo #5)
What do you do when two enemies come at you at the same time? Pit them against each other! Lupo keeps trying to get out, but they drag him back in...

Published in ebook and trade paperback editions from Crossroad Press!

The stakes are high when Wolfpaw finally reveals what it wants from Nick Lupo. And why.